Colors and flowers in a baroque frame

Should you visit Syracuse or the surrounding areas in mid-May, there was one milestone for your holiday which you must not miss:

“According to Polybius and Livy, Noto was a colony of Syracuse during the reign of Gerone II, colonized in 263 BC by the Romans with a peace treaty “(Wikipedia)

This town, too, witnessed over the centuries different dominations by the Romans, Arabs, Normans and Aragonese; in 1693 the city was completely destroyed by a catastrophic earthquake, during which more than a thousand inhabitants were killed. A collective decision was made to rebuild the city 8 km further down the Val di Noto (Noto Valley).

The story of the Infiorata di Noto originated in the late Roman period (in the town of Genzano) and has been celebrated in the town of Syracuse for over 36 years now; every year they choose a “theme” and a sister resort where the master flower-designers present their technique. The Nicolaci Avenue (which takes its name from the famous Palazzo Nicolaci) is filled with flower petals for three days, layed out with a unique technique by great artists who create real masterpieces of floral art: they are capable of leaving visitors you speechless and elated.

Last year the theme was China!

Courses
Booking
About Us
CONTACT US
Copyright All Rights Reserved 2020 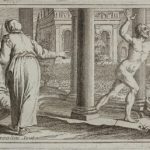 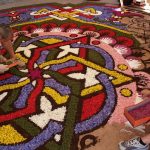