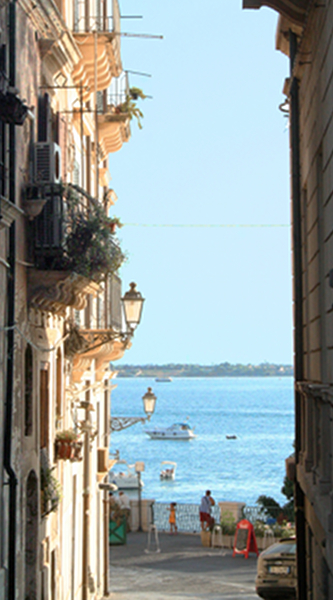 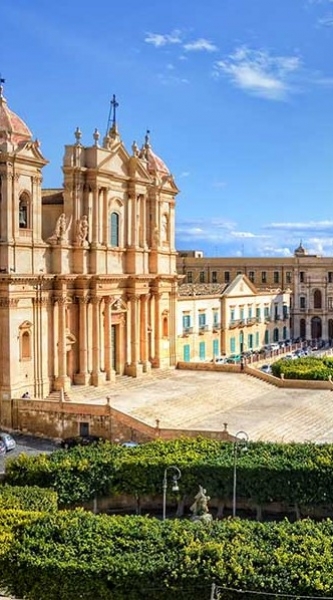 Siracusa (or Syracuse), short-listed as a UNESCO World Heritage Site, is a treasure trove located on the south-eastern coast of the Italian island of Sicily. Over 3 millenia, it has collected a wealth of art and precious architecture which bears witness to the passage of many glorious civilizations

Today Siracusa is a warm-welcoming, lively city with much to offer to adventurous souls and culture vultures alike: one may choose to get lost in the labyrinth of narrow streets of the historical centre, take a stroll around the medieval castle that overlooks the natural harbour or explore the pristine beaches and marine reserves that surround the city.

“The greatest of Greek cities and most beautiful of them all” as defined by Cicero, Siracusa was once the most powerful of all Greek colonies in Italy (known at the time as Magna Grecia, or “Greater Greece”).  In the 5th century BC, at the height of its power and counting twice the current population, Siracusa defeated the mighty fleet of Athens to claim control over the Mediterrenean. The city was home to many a great Greek, above all the brilliant Archimedes, who is said to have ingeniously burnt a fleet of invading Roman ships with huge mirrors placed on the ancient city walls.

The island of Ortygia, the historic centre and cultural heart of the city, with its traditional street market and delightful cafés, holds a friendly and colourful atmosphere, which makes sightseeing on foot a joy. This district of the city is home to the majestic Temple of Apollo and the Temple of Athena, constructed in honour of the Greek goddess to celebrate the victory over Athens and uninterruptedly used over the centuries as a place of worship by Romans, Arabs and Christians.

Upon arrival, visitors and students are always delighted to find that the cost of living in Siracusa is among the lowest in Italy. As the southern-most tip of the country, the city also enjoys clear blue skies and warm temperatures all year round, the ideal weather for a relaxed studying experience and outdoor excursions.

Although the outgoing nature and hospitality of Italians is known world-wide, International students are always surprised at the open arms welcome they receive from local people, which helps to create the friendly and comfortable atmosphere that all our students gladly recount.

“In Siracusa we walked through the orange groves, seeing each other among the trunks shine the sea … there you would like to live. There, there is joy. “

Siracusa is also a strategic base for those who wish to enjoy all the beauties of Sicily, just a stone’s throw away from all the other major attractions of the island: the Valley of the Temples and the Scala dei Turchi in Agrigento, Mt. Etna, the highest volcano in Europe, and the hill-top city of Taormina. 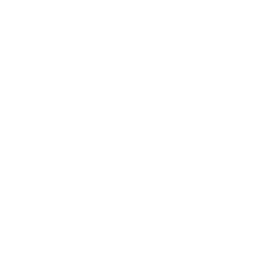 Etna Volcano
A short distance from Siracusa, the highest active volcano in Europe