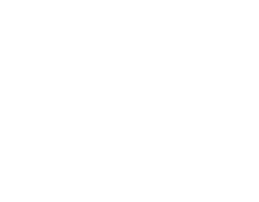 The Classical Theatre Performances have been held over 51 yearly cycles now in the enchanting setting of the ancient Greek Theatre of Syracuse, located at the Neapolis Archaeological Park.

Thus was born the prototype of today’s INDA (National Institute of Ancient Drama) Foundation, as we know it.

The first show was staged in 1914 and was Aeschylus’ tragedy Agamemnon; the beginning of World War caused the shows to be interrupted until 1921. In 1924, Benito Mussolini attended the two performances Seven against Thebes and Antigone, and was so moved by the culture that the Park and the performances transmitted that he decided to formalize the establishment of the Ancient Drama in Syracuse.

In 1998 INDA become a Foundation, changing it’s juridic status from that of Public Institution.

Today the classical plays are the absolute reason of pride of Syracuse, the streets fo which are flooded for just over a month by waves of enthusiastic tourists: witnessing the classic tragedies, from royal to modern times, is a unique experience throughout the world. They have been described as awe-inspiring and arousing ancestral emotions by everyone who has the good fortune to admire them.

The classical tradition is deeply engraved in Syracuse, despite the modern 2.0 times of fast, mass media: during the two-hour show, the master tragedians, the directors and impeccable actors carry the viewer back in time, surprising the public with the actuality of the themes and messages, carried across millenia.

Certainly worth seeing at least once in a lifetime.